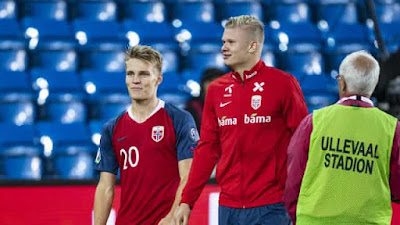 Martin Odegaard gave an interview to British radio talkSPORT this Wednesday, in which he confessed that he even tried to convince Erling Haaland to choose to sign for Arsenal, instead of Manchester City, this summer.

"We talk almost every day. We have a group on Snapchat with some of the guys from the national team, so we talk a lot. He's a great guy, a great player, and I think, unfortunately for us, he's going to be a big boost for the team. Manchester City", he began by saying.

"He will certainly score some goals. I wish him the best, except when we play against them. It will be fun to see him in England. When Arsenal fans published pictures of the two of us, I would send him. It didn't come...", he added.

The truth is that, despite the 'charming operation' of the young creative, the Norwegian scorer ended up on his way to the Etihad, in a transfer that earned Borussia Dortmund a sum of around 75 million euros.