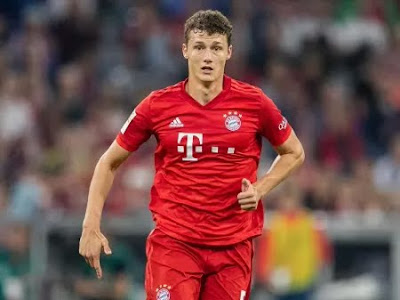 Defender Benjamin Pavard is disputed by Manchester United and Chelsea, according to the newspapers "The Sun", from England, and "L'Equipe", from France.  The vehicles also highlight the interest of Juventus and Atlético de Madrid in the right-back, who also plays as a defender.
Journalist Christian Falk, from "BILD", pointed out that Pavard's agents are looking to sell the player, who has a contract with Bayern Munich until 2024. The Frenchman would be dissatisfied in Germany and would look for a new club to play as a defender and not as a side.

At Bayern Munich since 2019, Pavard is 26 years old and was revealed at Lille.  Before wearing the shirt of the Bavarian club, the defender had a spell at Stuttgart between 2016 and 2019, before being signed by Bayern for 35 million euros.

Pavard was world champion with the French national team in 2018. As a right-back, he scored one of the most beautiful goals of the World Cup against Argentina in the round of 16, in a game won by the French 4-3.