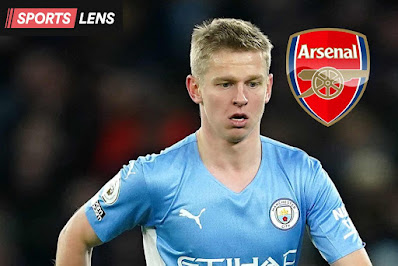 Arsenal have been among the busier Premier League sides in the summer transfer window, but there have already been positive signs as Mikel Arteta's team looks to crack the top four.

Arsenal might have missed out on Champions League football last season, but they have been doing everything they can to avoid a repeat.

Mikel Arteta has made a number of significant additions to his squad, with more than £100m spent on new signings. The Gunners have seen plenty of benefit from some of the new arrivals, too, with Gabriel Jesus and Oleksandr Zinchenko both looking like smart pick-ups after joining from Manchester City.

With the Emirates Cup against Sevilla on the horizon, followed by a Premier League opener at Crystal Palace on August 5, Arteta may want to do even more with his squad in the days to come. Here are the latest news lines coming from north London.

Oleksandr Zinchenko has warned his Arsenal teammates not to read too much into their pre-season demolition of Chelsea. The Ukrainian made his first appearance for the club in the 4-0 victory, in which four different players found the net for Mikel Arteta's side.

"In terms of the game, of course, we did well, but there is still a couple of things we can improve," the £30m man said. "4-0 is a great result, but this is a friendly and in the Premier League it will be different. I hope the result will be the same, but we need to work hard."

Arsenal finished just five points behind Chelsea in the league last season, with the gap enough for Thomas Tuchel's Blues to end up two places clear of the Gunners. Zinchenko has already admitted to enjoying life at his new club, speaking of the "unbelievable" quality in the squad, but the real test will come when the competitive games begin.

Leicester City's chairman has confirmed the club have yet to receive an offer for Arsenal midfield target Youri Tielemans. The news raises further questions over the future of the Belgian, who has also been linked with Manchester Unitedamong others.