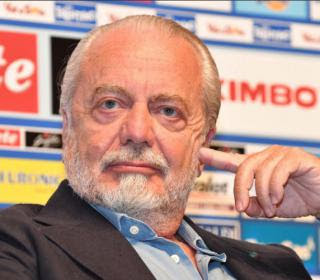 After losing two of their defenders in the transfer window, Chelsea focused on reinforcements in the defensive system and managed to hit the Senegalese Kalidou Koulibaly, who had been performing well for Napoli, from Italy.  During an interview with the Italian press, Aurelio De Laurentiis, president of the Italian club, commented on the departure of his defender and the agreement with Chelsea.

According to the club's representative, Barcelona was also interested in Koulibaly, but was unable to reach the amount requested by Napoli.  Thus, the only way out was to finalize an agreement with Chelsea, since Koulibaly also did not accept to sign a new bond with the Italian club.

Koulibaly went to the board and said he wanted to leave.  Barcelona even presented a proposal, but I couldn't negotiate with them.  They had no money.  When Chelsea arrived, it was impossible to say no.  We even offered Koulibaly a renewal, but the player wanted to leave.  So did we?  said President Aurelio De Laurentiis.

In all, Koulibaly spent eight seasons with Napoli, having established himself as one of the main defenders of today.  Now, for Chelsea, the player will have his first chance to play in the Premier League.  The trend is that Koulibaly will start coach Thomas Tuchel during the European season, although Chelsea are still looking for reinforcements for the defensive system.

Last season, Koulibaly played 34 games for Napoli, scoring three goals and contributing three assists.  With the departure of the Senegalese player, the Italian club has already forwarded the agreement with the Korean Kim Min-jae, who currently defends Fenerbahçe, from Turkey.  The signing of the 25-year-old is in final details.