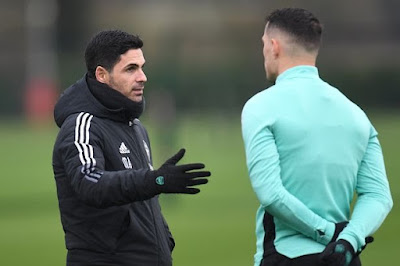 Arsenal have spent big so far this summer and Switzerland international midfielder Granit Xhaka has been speaking out on the players signed by Mikel Areta's side.

Arsenal have spent big so far this summer and Switzerland international midfielder Granit Xhaka has been speaking out on the players signed by Mikel Areta's side.

Granit Xhaka has given his thoughts on new Arsenal signings Gabriel Jesus and Fabio Vieira as he backs up Mikel Arteta's vision for the Gunners.

Speaking on Arsenal's pre-season tour of America, Xhaka explained how Jesus and Vieira add quality to the squad, pointing out they have the right mentality to match Arteta's vision. "They are bringing something more than just games and wins, they are bringing the mentality of winning something - that is what we need here," the midfielder told Sky Sports.

"It is not so easy only to speak but to show it on the pitch as well, both they bring the experience.

"Of course, Gabi knows the Premier League. I think he won everything, or nearly everything but the most important thing is to bring the players that have the hunger as well because you can win a lot of trophies that's enough, but these guys want to win much more and in with us which makes us very happy to have them."

The mentality to win trophies and put Arsenal back among the most successful clubs in both England and Europe is something Arteta is very keen to achieve himself.