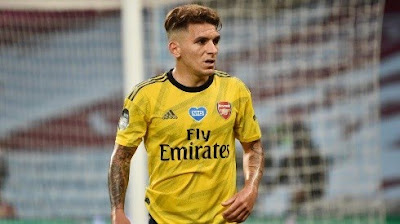 Torreira played last season for Fiorentina, from Italy, and Arsenal want to negotiate him permanently.
The midfielder Lucas Torreira, 26, has his next destination set after playing last season for Fiorentina, from Italy: he should reinforce Valencia, from Spain, at the request of coach Gennaro Gattuso.  The Uruguayan belongs to Arsenal, from England, and has been on loan constantly in recent seasons.
Torreira's agent, Pablo Bentancur, confirmed the player's negotiation with Valencia, in an interview with the radio program 100% Deporte: “We have reached an agreement with Valencia, Gattuso wants it.  We will discuss with Arsenal - Arteta wants to see him in pre-season”.

Torreira is the absolute starter of the Uruguayan national team.

Being frequently at a European club is essential for him to remain in the Uruguayan national team.  At the World Cup, Uruguay is in Group H, along with Portugal, Ghana and South Korea.