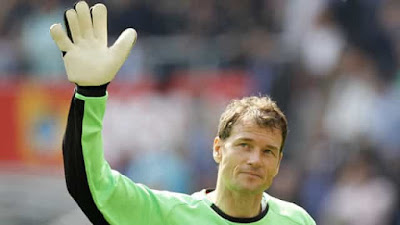 Alleged acts by Jens Lehmann led to a complaint with the police.

Jens Lehmann, a former German international who represented clubs such as Arsenal, Borussia Dortmund and AC Milan, makes headlines this Wednesday in the German press due to an alleged act of anger that took place last Monday.

According to the newspaper Bild, the former goalkeeper, currently 52 years old, lost patience with a neighbor, invaded his property and destroyed a newly built garage using... a chainsaw.

This 'disappointment' was based on the decision of the said neighbor (with whom he had already had problems in the past) to build the garage in such a way as to obstruct the view of the house that Jens Lehmann's property has over the Starnberger River.

The publication reveals that the former player destroyed the beams that support the roof of the enterprise and then cut the cables of the video surveillance system... but without success, as it continues to work with the use of a battery.

The neighbor, in turn, received the images of this moment of 'madness' live and immediately made a complaint to the authorities, which is currently being investigated.