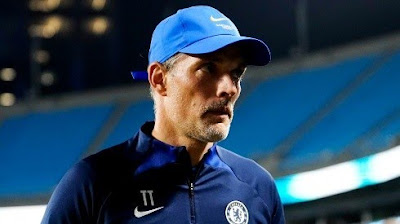 After a season considered frustrating by the fans, Chelsea expects to win titles again, bearing in mind the achievements of the Premier League and the Champions League.

However, for that, the London team knows that it will need to reinforce its squad, aiming to level things with rivals Manchester City and Liverpool, considered the main clubs in England at the moment.

In view of this, the Blues have been investing heavily in this window and, so far, have announced the arrival of names like Raheem Sterling and Kalidou Koulibaly, who, by all indications, should not arrive alone.

That's because, according to journalist Scott Wilson, from the portal The Northern Echo, Chelsea is in the fight for hiring striker Allan Saint-Maximin, a standout for Newcastle and the Premier League, who for some time has been tipped to reinforce a 'Big Six' club.

However, the deal is seen as complicated, due to the high number of teams interested in the Frenchman, who is currently linked to Tottenham, the main 'spender' of this transfer window.