Chelsea can cross Barcelona and close with Lewandowski - Moztimbila 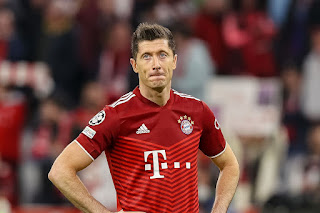 Chelsea can cross Barcelona and close with Robert Lewandowski.  According to "The Mirror", the English team is monitoring the situation of the player, who has already publicly expressed his desire to leave Bayern Munich.
The Polish signing would be a response by the Blues' new owner, Todd Boelhy, to the signings of Erling Haaland by Manchester City and Darwin Núñez by Liverpool.
Cristiano Ronaldo's name would also be linked to Chelsea.  However, Thomas Tuchel would consider Lewandowski more suitable for rebuilding the club.  The Pole is 33 years old against the Portuguese's 37, in addition the Bayern striker scored 50 goals last season, while the United player scored 24.
On the other hand, Barcelona is still in the fight for the number 9 shirt. In fact, the president of the Catalan club recently admitted that he made an official proposal for the player.  However, the team is facing a serious financial crisis and, with Bayern asking for more than 40 million euros to sell the athlete, Lewandowski is already starting to consider other destinations.