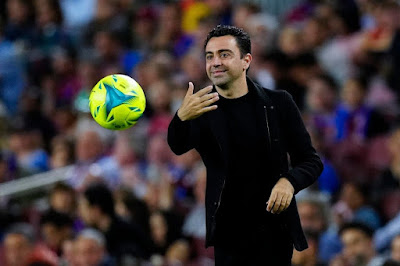 This week, Barcelona announced the signing of striker Raphinha, who played for Leeds United until the end of last season.

After closing the signing of striker Raphinha, Barcelona confirmed another player in its squad. This Thursday (14), the club announced the renewal of the contract of striker Ousmane Dembélé, who will remain wearing blue and maroon until the end of the 2023-24 season. The extension of the contract was a request from coach Xavi Hernández.

In an interview with Barcelona's official channels, Dembélé spoke about the feeling of renewing his contract for two more seasons with the culés: “Staying was always my first option. I told that to the president (Joan Laporta) and the mister (Xavi Hernández). It was a long time, but now everyone is happy. It's a very happy day, Barça has been the club of my dreams since I was little and I want the season to start so I can help.”

With that, Dembélé remains in the squad and starts to fight for the position, after having finished the 2021-22 season with the prestige of coach Xavi Hernández. The coach has as main options for the sides of the field Ferrán Torres and Raphinha, in addition to counting on Aubameyang and wanting to hire Lewandowski still in this window.

“Fight for La Liga and the Champions League. Winning the Champions League is a dream for me and I will give everything to achieve it”, declared Dembélé, in an interview with Barcelona's official channels. The Frenchman has been at Barça since 2017 and is 25 years old, with many years of his career ahead of him.