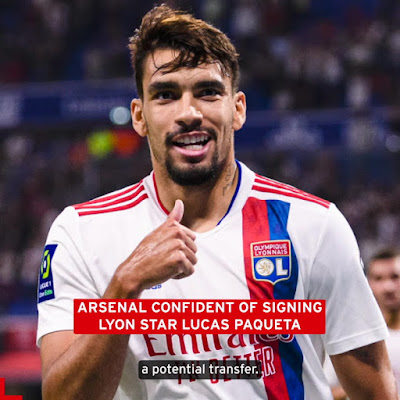 The north Londoners have wasted no time so far in the summer transfer window, spending in excess of £80 million on four first-team players. Marquee signing Gabriel Jesus has been joined by Portuguese youngster Fabio Vieira, experienced shot-stopper Matt Turner and Brazilian winger Marquinhos at the Emirates Stadium.
Still, the Gunners don't appear to be finished their business just yet, with the likes of Lyon star Lucas Paqueta, Manchester City defender Oleksandr Zinchenko and Anderlecht starlet Sergio Gomez all linked with a move to Mikel Arteta's men over the last few days.
On the pitch, Arsenal get their United States tour underway this weekend when they take on Everton on Sunday before facing Orlando City and Chelsea later this month
With that in mind, sit back and let moztimbila.com bring you all the latest news from the Emirates Stadium.