Arsenal and Real already know the price of Sané - Moztimbila 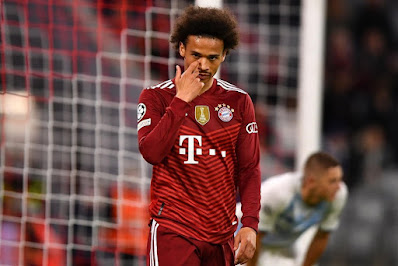 Leroy Sané is one of the latest names echoing in the transfer market. It was offered to Real Madrid, and Arsenal are also interested. The player's pass is worth 70 million.
In this market, several big names are echoing, and some appeared at the last minute, as is the case of Leroy Sané.
The Bayern Munich winger was offered to Real Madrid, but he is not the only team interested. "Bild" reported that Arsenal would also like to have the player's services.
The ensemble "gunner" wants to reinforce the cast facing the next season. With the arrival of Zinchenko from Manchester City, the player from the Bavarian team could be added.
Arsenal is one of the teams that has strengthened the most this summer, with the additions of Gabriel Jesus, Fábio Vieira, Matt Turner and Marquinhos.
So, to let Leroy Sané leave, Bayern Munich asked Real Madrid and Arsenal for 70 million euros for the acquisition of the talented athlete.