After announcing Origi, Milan surprises and goes with everything to close with Chelsea star - Moztimbila 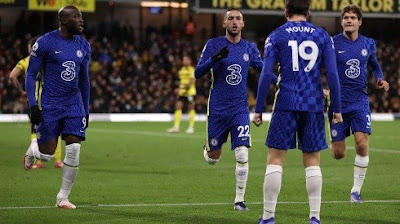 Reigning Serie A champions Milan will have a good addition to their budget for the next transfer window. And, in order to avoid a new early elimination in the Champions League, he tends to invest heavily in signings.

And, without wasting time, coach Stefano Pioli has been indicating several names to the board of the Italian giant, which even without the financial power of rivals, can deliver some surprises to the fans.

The first of these surprises was the hiring of striker Divock Origi, who has already been announced by the Italian team and which now aims to hire another Premier League player.

According to journalist Fabrizio Romano, Milan is in talks to sign midfielder Hakim Ziyech, who is currently linked to Chelsea, from England.

The interest of the Italians in the Moroccan had been reported by the Italian Gianluca Di Marzio, and it seems that it has advanced to the negotiation phase, with the athlete seeing with good eyes a move to Milan.